They cannot be silent for any longer if they want MM to actually succeed. All welcome changes, sure, I just don't understand why these obvious problems weren't adressed in the beta. Just saying that it's not all about how MM functions, but it's also about what can you get from playing it and how can it be more popular. EU scoops up counou and moves to Faint Gaming Class of vs.

In our previous post, we talked about a number of issues with the Meet Your Match update and what we were doing to address them. Here's a quick recap on what has happened since then: We have been working hard to improve the matchmaking system, greatly reducing queue times and eliminating most causes of errors when attempting to play. On average, queue times are now below ninety seconds for most players. There are still some issues with lower population regions and game modes that we are looking into. We have identified and corrected several issues where players weren't being sent to fill empty slots for in-progress matches.

There should be far fewer matches where this happens, and we will continue making improvements here. Players are now able to specify the maps they would like play on when using matchmaking.

However, it is sometimes the case that players joining in-progress matches aka "late join" end up on maps they did not select. This will be fixed in an upcoming update. Abandon penalties have been removed, which means players can come and go as they please. Vote-kicking has been added. Players that are kicked retain the experience they've earned to that point, in order to reduce the likelihood of players using the system to grief others.

Next, we would like to give you a quick overview of the things we are working on, and go over some of the issues you raise as needing more attention and work. Abandons in Competitive Mode: We are going to make abandoning penalties much harsher. The current system increases matchmaking ban times based on the number of abandons over a period of time. We are making a change to more quickly move serial abandoners into really long ban times. We will also subtract the maximum number of rank points possible, per abandon. The amount lost will be far higher than what could normally be lost in a completed match.

April 26, Patch Fixed the round timer not showing up in non-competitive games. Added new sound vo files for Competitive Mode.

Added check to prevent players with P-REC loaded from participating in matchmaking. Prevents P-REC crashing which results in players receiving abandon penalties. Fixed class change notifications appearing to the enemy team for a period of time after teams swap sides in Competitive Mode.

July 28, Patch Abandon penalty times are now longer for first-time abandoners with a low number of games played. Abandoning a game now results in significant rank loss. This loss is always greater than losing a given match. Fixed an issue where players could drop and reconnect too many times before triggering an abandon. August 16, Patch Players in the first tier of ranks now lose substantially fewer rank points on match loss. 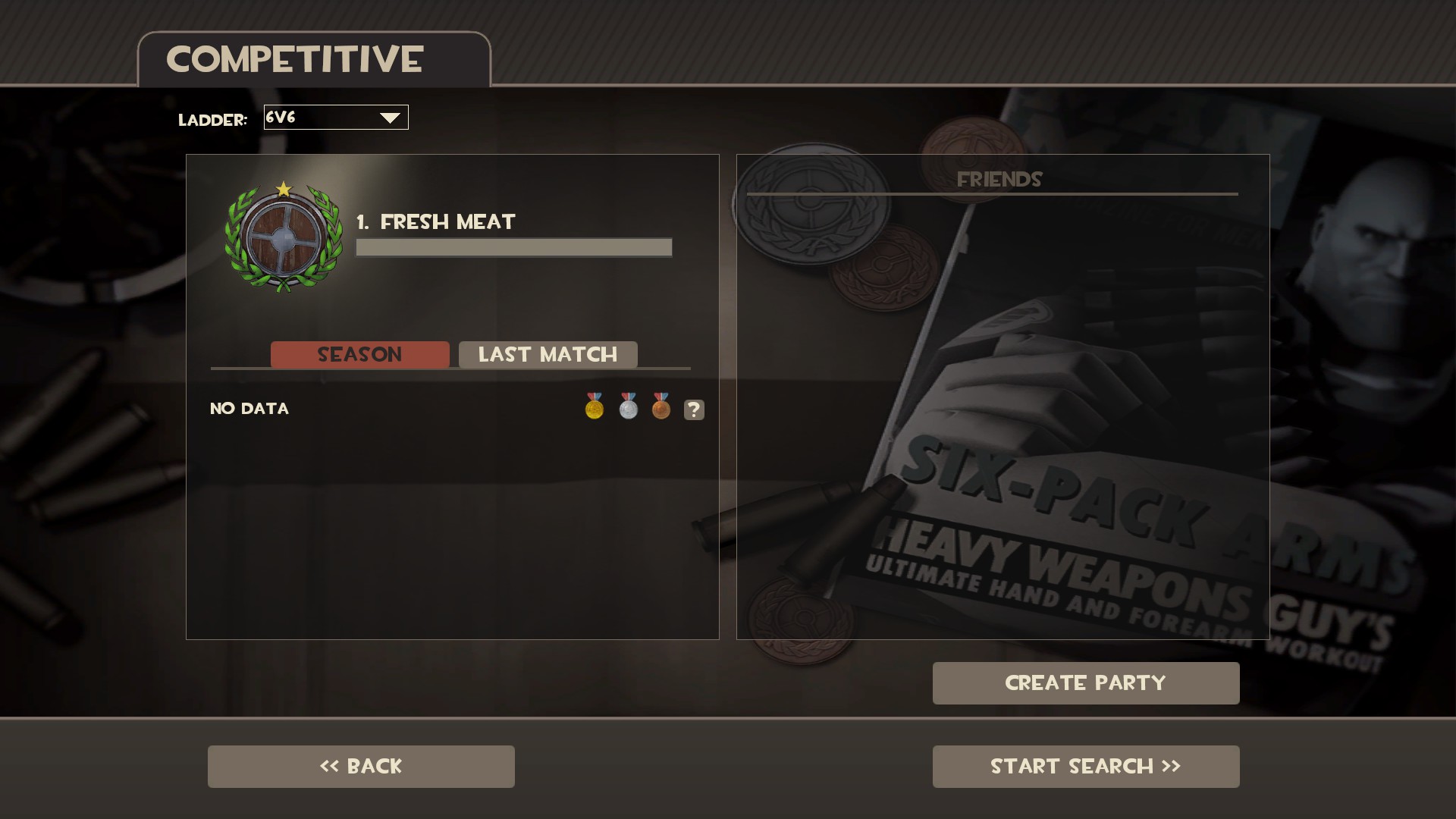 Maps will continue to enter and exit this list over time. December 21, Patch Smissmas Matchmaking Improvements. Players can now set their maximum acceptable ping by clicking the new gear icon in the top right of the Casual and Competitive matchmaking lobby screens and choosing "Ping Settings". June 2, Patch Fixed Competitive match history sometimes appearing as empty when connection to matchmaking servers is lost. October 20, Patch 1 Jungle Inferno Update Redesigned the matchmaking screens to be lightweight overlays that can be summoned and dismissed from anywhere within the game.

Moved the Casual and Competitive badge panels to the main menu. Players will now be ranked using a model based on the Glicko rating system used in CS: The old 18 Competitive ranks have been consolidated into 13 new ranks. You can view the new ranks on the updated Competitive FAQ page http: The previous system started everyone at Rank 1, and required - in most cases - considerable time for players to reach a rank that properly reflected their performance. The new system - by way of placement matches - considerably shortens the time required to reach an appropriate rank The requirements to access Competitive Mode have changed: If you do not own a Competitive Matchmaking Pass, you must now be at least Casual level 3 in addition to being a Premium user and having a valid phone number associated with your account.

Fixed not using the initial observer point when first connecting to a Competitive server. April 12, Patch Changed the timeout before a missing player is marked as having abandoned a competitive match to be three minutes from the first time a player disconnects from the server, rather than from the moment the match is formed. Abandons in Competitive Mode: We are going to make abandoning penalties much harsher.

The current system increases matchmaking ban times based on the number of abandons over a period of time. We are making a change to more quickly move serial abandoners into really long ban times. We will also subtract the maximum number of rank points possible, per abandon. The amount lost will be far higher than what could normally be lost in a completed match.


In addition, we are investigating several options to offset the impact abandoners have on games that are in-progress. More on that when we have details to share. We are working on systems that will give players with high numbers of in-game reports automated cooldowns from matchmaking, to discourage disruptive behavior. As a side note, you can report players while in-game by clicking the "Report Player" button - located in the "Play" section on the main menu. High ping and queue times: There are still cases where players can wait longer than we'd like.